Cleaning up a client’s past criminal record 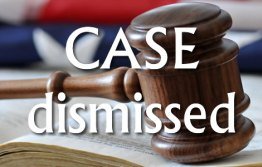 Her family law attorney contact the Law Office of Donald R. Hammond to see what could be done as far as criminal record clean-up to cut off the opponent’s leverage.  She had a hearing that was just a few days away.  We jumped into action!  The next day, Mr. Hammond stopped by the Van Nuys Courthouse to pick up copies of the docket sheets for both cases, confirmed that criminal record clean-up was available and that all charges could be expunged / dismissed, and then filed two petitions for dismissal under Penal Code section 1203.4.  At that point, her family law attorney was able to tell the court that the dismissals were pending.

Just this week, we received the dismissal orders back from the court.  All four charges from both cases were completely dismissed.  Our client’s record is now clear and the leverage in the family law case is gone!  Also, she can stop checking “yes” on job applications that ask if she’s ever been convicted of a crime.

For more information about our expungement and criminal record clean-up services, check out our Record Clean-up / Expungement page.